Richard Luciano is a rancher from the Hill Country of south Texas and is a cooperator breeder for Pharo Cattle Company (PCC; https://pharocattle.com/). Last year, Richard purchased several Star bulls, pregnant cows, and heifers. His breeding objective is to utilize composite-bred cattle that are more heat tolerant, insect resistant and/or adaptable for low input systems. To expand the genetics of the Star population, Richard has collected semen to sell to other interested ranchers. In addition, he has collected embryos from the best cows to further expand the genetic base. PCC has also set the goal of selling more heat tolerant bulls in their spring and fall bull sales. This will soon include the sales of Star bulls. I am working closely with Richard in maintaining the genetic integrity while expanding the numbers of Star cattle. I am pleased to announce that semen is now available for two Star bulls: LR Dahga and LR Kikame. Information on these bulls is available below. Interested ranchers should directly contact Richard: 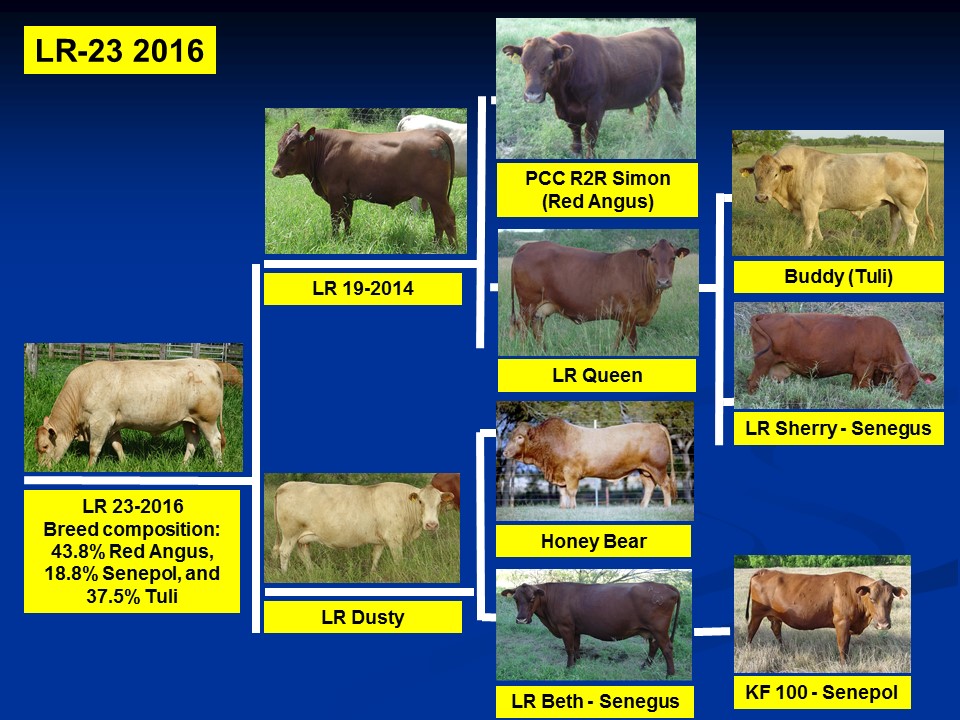 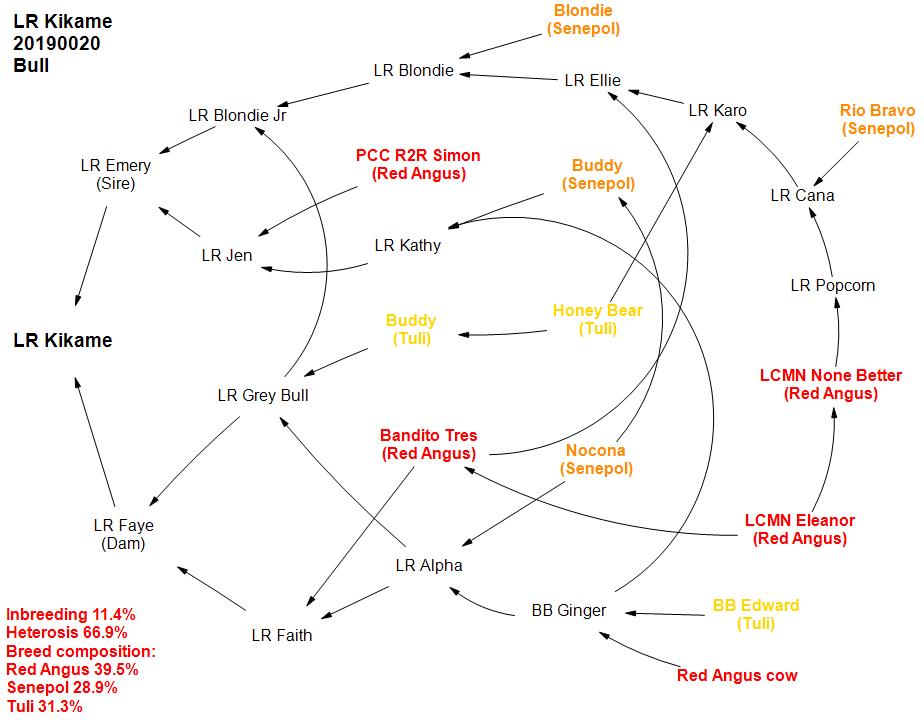 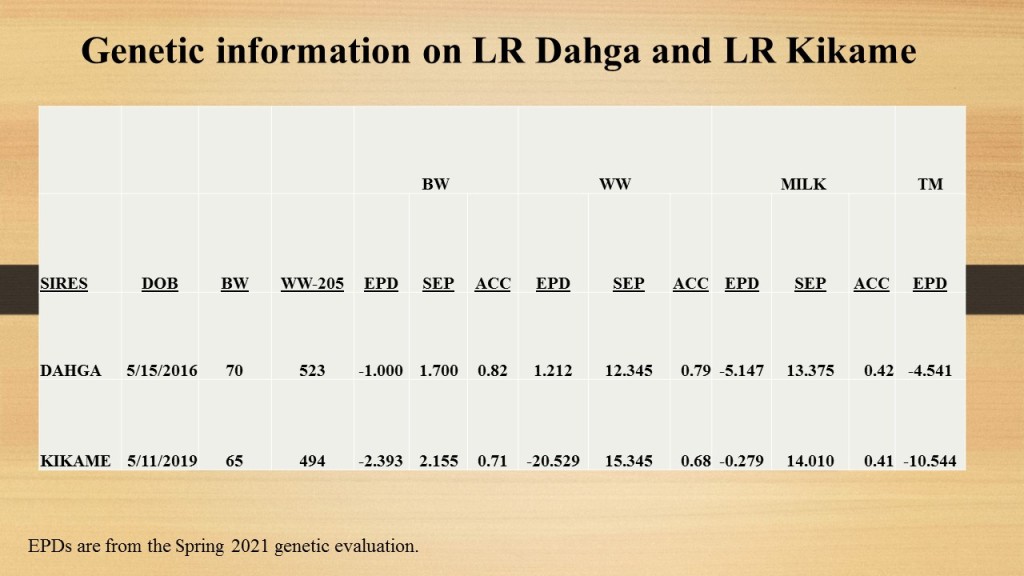