Since 2014, Billy Griffin – a rancher from Bandera, Texas – has been upgrading his cattle to a Star composite herd.  His breeding objective is to develop a heat-tolerant herd of easy-care cattle that are well adapted and that are highly fertile and can thrive on low quality forage.  Billy has two Star bulls for sale that were born on Lukefahr Ranch located in deep South Texas.  For several years now, both bulls have been used for breeding during the summer months with high breeding success. They will be sold at very affordable prices.

LR 12-2009, “Grey Bull”, is a 9-year old. retired herd Star bull from Lukefahr Ranch. Star cattle are bred for heat & humidity tolerance.  Grey Bull’s genetic make-up is Tuli (62.5%), Red Angus (12.5 %), and Senepol (25%).  His EPDs are as follows: BW (-2.4), WW (-19.3), and MILK (-7.8). Easy fleshing, gentle disposition, broke to single wire electric fence.  Selling only because I have kept several of the bull’s daughters as replacements.  Still expressing excellent libido and breeding activity.  He is light-colored and slick-coated so he can handle the heat.  He has scurs not actual horns.  Tuli is a breed from Africa that is known for longevity, ability to perform in heat and thrive under poor forage conditions, with early sexual maturity and good meat quality. 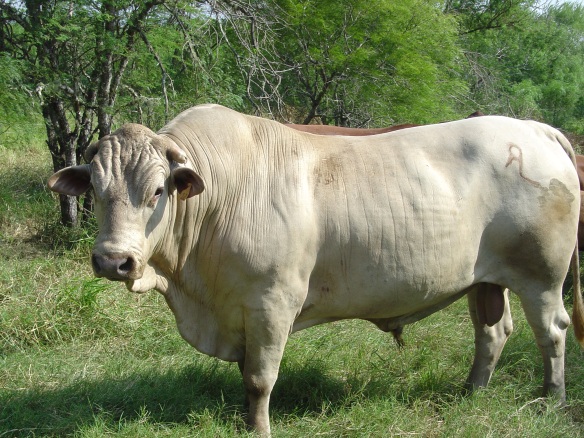